Hear me out. Please.If there's one thing Americans can agree on it's how divided we are. Theories abound as to why, mostly in the form of finger-pointing. Solutions from government officials, media consultants and civic leaders are bantered about like intellectual sport. The anger is palpable. I'm no politician but, as a former Army Behavioral Health … END_OF_DOCUMENT_TOKEN_TO_BE_REPLACED

I started writing this article back in July, 2019, right after Donald Trump "approved military strikes on Iran, then pulled back..."  According to the New York Times (and other media outlets), "planes were in the air and ships were in position but no missiles had been fired..."¹ At the time, I wrote, "This breaking news, … END_OF_DOCUMENT_TOKEN_TO_BE_REPLACED

You've just left a meeting or an evening out with friends. As you're walking away, you feel a rush of anxiety. Then it shows up: that voice in your head - rehashing what happened, anticipating what will happen, second-guessing your actions, trying to mind-read others' thoughts, and calling you names - like an addiction or … END_OF_DOCUMENT_TOKEN_TO_BE_REPLACED 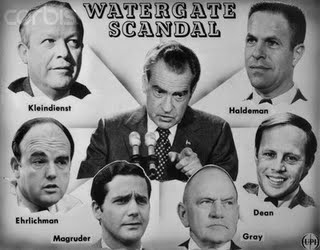 In our media-driven culture of 24-hour news and rapidly breaking headlines, some say House Democrats are running out of time to make the case for impeachment. This is exacerbated - falsely, I think - by the looming Presidential election. One factor, however, political observers agree on is this: if held today, House Republicans would vote … END_OF_DOCUMENT_TOKEN_TO_BE_REPLACED

Live in New Hampshire before the 2020 Primary I've been watching Joe and Mika for years. Accusations of favoritism toward Trump are inaccurate. Yes, they were initially friendly toward Trump but so was the rest of mainstream media. They also repeatedly criticized Trump for his inappropriate remarks on the campaign trail, only to discover - … END_OF_DOCUMENT_TOKEN_TO_BE_REPLACED 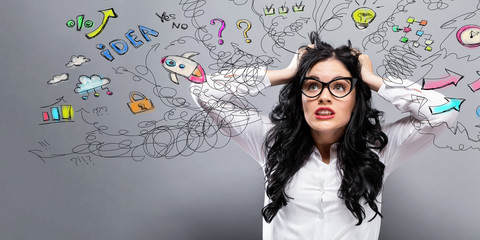 If you struggle with anxiety, you're not alone. It's rampant. Anxiety disorders are the most common mental illness in the U.S., affecting 40 million adults in the United States, ages 18 and older, every year. Although anxiety is highly treatable, only 36.9% of those suffering receive treatment.¹ One of the biggest misconceptions about anxiety is … END_OF_DOCUMENT_TOKEN_TO_BE_REPLACED

At 5yo, I vividly recall sitting on the floor in front of our living room TV watching Spiderman. I can still recite the theme song. And even though the TV was black-and-white, I remember the show in color. Perhaps this says something about a child's imagination or revisionist history, but I've always wondered why this … END_OF_DOCUMENT_TOKEN_TO_BE_REPLACED

Dear Mitch, I'm not Black. I don't know how it feels to be Black. But I am Jewish. And no matter how much time elapses between past and present, Jews will hold Germany responsible for the Holocaust. No matter how many generations pass, my family will feel a kinship with my Polish grandfather, who lost … END_OF_DOCUMENT_TOKEN_TO_BE_REPLACED

Attention Democratic Presidential Candidates: You've studied the issues, honed your policy proposals, reviewed videos, consulted political experts, prepared remarks and practiced with surrogates. But have you talked to a psychotherapist? Naturally, you will be anxious. Any time you feel emotionally invested in something (eg.; a job interview; medical diagnosis; first date) and you don't have … END_OF_DOCUMENT_TOKEN_TO_BE_REPLACED

There was a time when I thought Americans were above this, that we were special. I thought what happened in WWII Germany could never happen here. "We're not that naive," I thought, "not that dispassionate."As an American Jew, I grew up learning about the Holocaust; this is what happens when "good men do nothing." I … END_OF_DOCUMENT_TOKEN_TO_BE_REPLACED