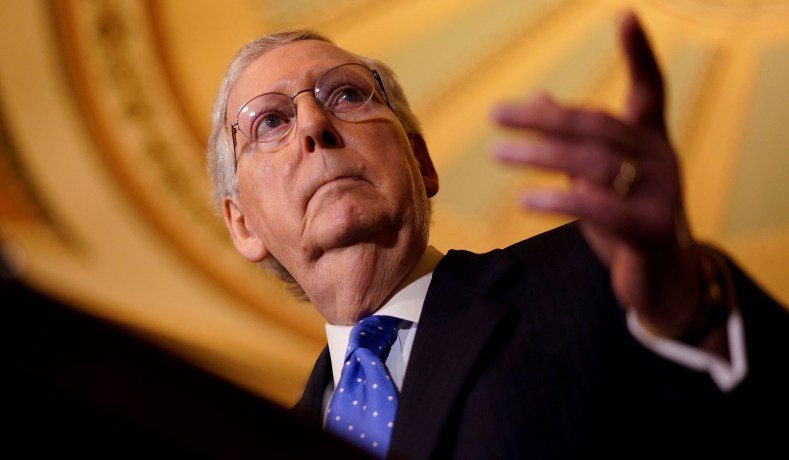 I’m not Black. I don’t know how it feels to be Black. But I am Jewish. And no matter how much time elapses between past and present, Jews will hold Germany responsible for the Holocaust. No matter how many generations pass, my family will feel a kinship with my Polish grandfather, who lost his family during the Holocaust.

America is not just a geographic location. It’s an identity. We are “Americans.” Your wife is a Chinese immigrant and she’s an American. You can’t point to a specific flag in the Capitol and say, “This flag on this pole is the American flag” because it’s a symbol.

You and I will die one day but America will still be responsible for slavery. I don’t know if your justification against reparations stems from ignorance, racism or political convenience, but there’s no excuse.

Most Germans living today did not participate in the extermination of 6 million Jews, but their country did. In his article for John Hopkins Magazine, Greg Rienzi describes the history and conditions of Germany’s ongoing reparations for World War II. According to his report, an estimated $1.1 billion in compensations is made every year. Of course, there are economic and political advantages for Germany to do so, but Jews would expect it regardless.

The culture of slavery and its predecessors are gone, but it’s legacy lives on. “Who would reparations go to?” you facetiously ask. How about places where racism has been institutionalized: e.g; public schools; law enforcement agencies; the justice system; housing; education; and healthcare?

While we’re at it, voters should “clean house” of relics like you who ignore slavery’s stain on the country.

Greg Rienzi’s article, Other Nations Could Learn from Germany’s Efforts to Reconcile After World War II, can be found here:

Elaine Belson has 30 years combined clinical, military, political and teaching experience. She obtained her bachelor's degree in Psychology in 1987 from the University of Maryland at College Park and her master's degree in Social Work in 1993 from the University of Maryland at Baltimore. Ms. Belson has worked in a variety of settings, including private practice, community agencies, and hospitals. She has also taught psychology at the college level and held several legislative positions. Ms. Belson served in the US Army as a Social Work Officer, including a deployment to Afghanistan, from 2008-2010. She was also the Executive Officer (XO) for the Medical Command in Afghanistan. Ms. Belson currently has her own private practice and serves on the School Safety Advisory Council for her county's Board of Education. View all posts by Elaine S. Belson, LCSW-C

This site uses Akismet to reduce spam. Learn how your comment data is processed.