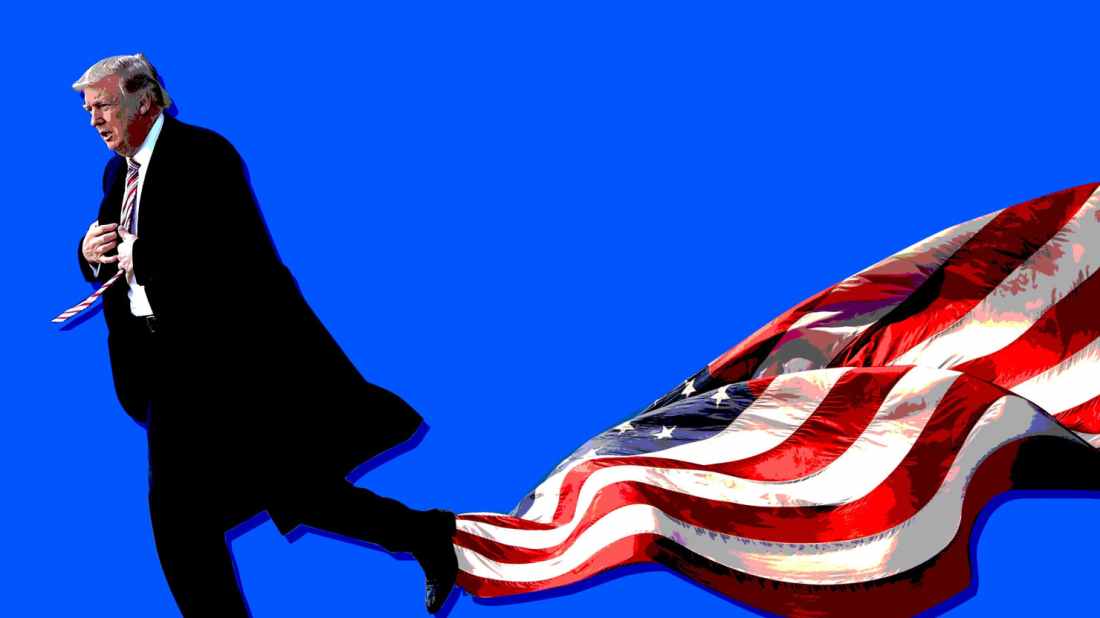 Leading up to the 2016 presidential election, I repeatedly heard politicians, pundits and voters predict or at least express hope that, if elected, Donald Trump would “rise to the occasion” or “surround himself with good people.” It infuriated me. As a mental health practitioner, I knew this would not happen. More than his policy or populist rhetoric, it was Donald Trump’s instability I feared. It was disconcerting how few people did.

People assume that psychiatric diagnosis is a subjective science open to interpretation, but this is far from the case. Human behavior operates on a continuum. In many cases (but certainly not all) it’s a matter of degree and frequency that separates abnormal from normal. When taking Abnormal Psychology in college, we were warned of psychiatry’s own version of “medical student syndrome.”

Perhaps this is why it’s easy to justify Trump’s deviances. It’s when you take into account the totality of his behavior that you see a troubling pattern. In the mental health field, practitioners rely on the Diagnostic & Statistical Manual (DSM) to differentiate normal from abnormal. The DSM, now in its fifth revision, outlines specific criteria which must be met before a diagnosis can be made.

After intake, a patient will sometimes ask, “So, do you think I’m crazy?” My usual response is, “If you were, you wouldn’t have asked that question.” I believe this fear is the main reason why the mental health field is so stigmatized. What most people call crazy, we call psychotic symptoms: auditory or visual hallucinations (hearing voices or seeing figures that aren’t there) or delusions (an unshakeable, and usually irrational, belief despite irrefutable evidence to the contrary). But psychotic symptoms apply to just a fraction of mental health disorders and are usually of neurological or pharmacological origin.

Most distorted thinking has nothing to do with psychosis. It is a maladaptive form of coping. One of my favorite mantras is, “People have good reasons for making bad decisions.” This is why people repeat the same self-defeating, and even self-destructive, behavior no matter how much you try to reason with them.

I tell my patients, “There are plenty of people out there happy to give you advice. I’m here to empower you to make your own decisions.” Until you understand a person’s motives, identify his ambivalence (conflicting thoughts and feelings), and help him develop new coping skills to replace old ones, he will not change.

So, when the same people who hoped Donald Trump would change now express bewilderment over his behavior, I am not surprised. You cannot make sense of Trump except in the context of a personality disorder.

Consider the DSM criteria for Narcissistic Personality Disorder (NPD), indicated by five or more of the following symptoms:

1. has a grandiose sense of self-importance (e.g., exaggerates achievements and talents, expects to be recognized as superior without commensurate achievements)
2. is preoccupied with fantasies of unlimited success, power, brilliance, beauty, or ideal love
3. believes that he or she is “special” and unique and can only be understood by, or should associate with, other special or high-status people (or institutions)
4. requires excessive admiration
5. has a sense of entitlement, i.e., unreasonable expectations of especially favorable treatment or automatic compliance with his or her expectations
6. is interpersonally exploitative, i.e., takes advantage of others to achieve his or her own ends
7. lacks empathy: is unwilling to recognize or identify with the feelings and needs of others
8. is often envious of others or believes that others are envious of him or her
9. shows arrogant, haughty behaviors or attitudes

When a group of mental health professionals came out with the book, The Dangerous Case of Donald Trump, some questioned the ethics of attaching a diagnosis to a person they had never treated. But Donald Trump has provided more evidence than could ever be gleaned from weekly office visits.

Another relevant aspect of a personality disorder is that it can’t be treated with a pill. It requires long-term therapy. Sometimes it can be augmented by medication if a patient has comorbid symptoms such as depression or anxiety.

After outlining the criteria for NPD, a friend asked me about an interview she read with Dr. Allen Frances, the self-described “author” of Narcissistic Personality Disorder in the DSM. He claimed that Trump didn’t have it. I had to shake my head over the irony.

The Diagnostic Manual was created to provide clinicians with an objective and universal measurement of mental disorders. If I needed Dr. Frances’ or any other author’s interpretation, it would cease to be the stand-alone resource that it is.

Dr. Frances, who is a long-standing skeptic of the DSM, based his argument on his (apparent) impression that Trump does not experience distress. While Trump’s anger outbursts and paranoid rants tell a different story, this is beside the point. There is nothing in the DSM criteria for personality disorders that requires internal distress.

I wonder if Dr. Frances is referring to the fact that most people with personality disorders do not seek treatment unless distressed – usually due to a crisis in their personal or professional lives or to comorbidity (depression, anxiety or substance abuse). Otherwise, it is very difficult to convince a person with a personality disorder to seek treatment. Unfortunately, once the crisis is abated or the emotional discomfort wanes, they usually stop going.

Lastly, Dr. Frances warns against generalizations. Rightly so, he argues that this should not disqualify someone from the Presidency. Abraham Lincoln and Winston Churchill are believed to have had mental illnesses (Major Depression and Bipolar Disorder, respectively). But this is my point.

If a Presidential candidate is diagnosed with high blood pressure, voters would not automatically deem him or her unfit as long as the condition is being treated. However, if a Presidential candidate was diagnosed with dementia, there would be valid cause for concern. The impact of mental illness on a person’s functioning is no different. Many are manageable with therapy and/or medication, and need not significantly interfere with a person’s performance or functioning. The degree of impairment depends on the diagnosis and prognosis.

Rather than shying away from labels, we should be talking about what the labels mean. You may accuse me of bias, but there is nothing more essential to human progress than mental wellness. How we behave is inextricably linked to how we think and feel. To paraphrase the Spanish philosopher, George Santayana, until we learn to understand this link, we are condemned to repeat our mistakes.

Elaine Belson has over 25 years of clinical experience. She obtained her Masters degree in Clinical Social Work in 1993 from the University of Maryland at Baltimore and has worked in a variety of settings, including private practice, community agencies, and hospitals. She has also taught psychology at the college level. Ms. Belson served in the US Army as a Behavioral Health Officer, including a deployment to Afghanistan, from 2008-2010. She currently has her own private practice. View all posts by Elaine S. Belson, LCSW-C

This site uses Akismet to reduce spam. Learn how your comment data is processed.